This is FoodSpark. In February, it was snowing on our cars outside and the streets were slushy in the neighborhood. We dragged chairs up from the basement. We mashed ingredients together.  We  talked. We made things.

At this FoodSpark, I mostly-not-seriously mentioned the idea of doing a Humans of St. Louis page modeled after the Humans of New York page. Naturally, De Nichols, the co-creator of FoodSpark and co-founder of Catalysts by Design, told me to do it. She knew someone who would love to do it with me. That someone turned out to be Lindy Drew.

Lindy had never heard of Humans of New York, but over tacos and guacamole sprinkled with Spanish conversations with the waiter, Lindy said my three favorite words: “Let’s do it.”

Starting in March, we began spending hours each weekend approaching people in the street. We rode the metro, we drove to neighborhoods we’d never been, we stumbled into conversations, learned tragic truths, perfected questions, danced with kids, laughed with men, teased and captured. Lindy took pictures, I just asked questions and recorded the stories we heard.  Since beginning our quest, we’ve approached and photographed over 100 people. 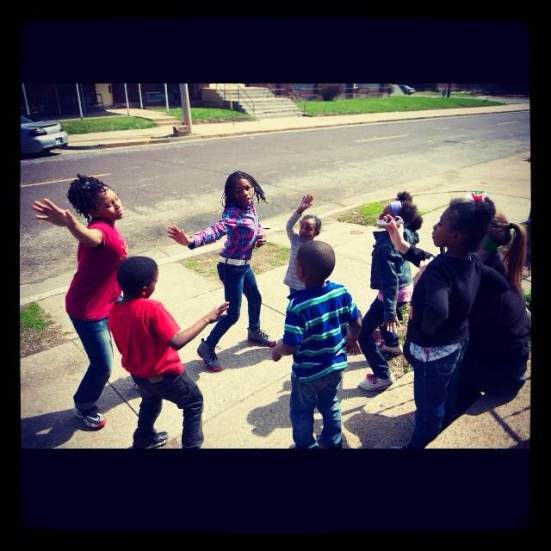 There was only one problem. Someone had already started the Humans of St. Louis page. The person behind it was Jenn Askew. She had created the page in the hopes of starting it but hadn’t yet had time to get out to take photographs. We decided to join forces and collaborate to make the page happen all together. Now, it’s launch time. We will be posting pictures every day now until … forever, or so. Seriously. We’re so excited to launch this project. Follow us on Facebook, Twitter, and Instagram and let us know what you think. Share with your friends and help us spread the word of the beautiful people and perspectives of St. Louis.