Can I write a blog in 15 minutes? Here goes.

Already the end of summer and I feel like I just was writing about the beginning. I last posted about nights in Crete and yet afterwards, there was a ferry to the Mani peninsula, drives around the coast of Greece, a taxi on the highway to Athens, and boat rides in the Saronic gulf where we moored by islands and swam. All too suddenly, Samantha and I were on a flight home. The same day I arrived home in New York, Christina drove in from North Carolina and within two days we were driving to camp and a new summer home.

There began nights of falling asleep in the smell of bug spray and wood fire, the days of showerhouses and dining hall food, days of horses and children. I was there to teach horseback riding five hours a day and the other 19 hours a day, I lived with seven ten-year-olds as a counselor. We became a part of so much there: camp life and night swimming, being active and outdoors, incredible friends and days off going skydiving and cliffdiving, lounging on beaches and driving long drives.

There’s too much to account for that’s happened between Samantha and my homeless night in Crete (my last post) and right now… but I want to say, this summer I’ve had opportunity to grow so much. I applied and got a job in South Korea. I turned the job down. I knew I was waiting for something that would click with me and feel exactly like I wanted to do it, no reservations, just that feeling of being right. I interviewed some more and interviewed and interviewed for jobs… in between teaching and caring for children all summer… and nothing I found felt perfect. Camp ended with tears and goodbye to many people I have come to love so  much. Like planned, I went forward with my unemployment and embraced the next move forward. I went to see my mother and sister in our house in Maine. There, I found out that the Maine Sea Coast Mission was searching for someone to fill an AmeriCorps position helping with their EdGE program. I immediately said NO to myself and to my mother who was encouraging the move. Live in Maine? Talk to trees? Be cold all winter? Then I applied. Then I interviewed. Then I felt everything that hadn’t felt right with the other jobs I’d found: that instinct, gut. I knew it was perfect and what I wanted to do. CLICK.

I said yes and accepted the position within two days of finding out about it.  I start September 9th. I’m moving into my family’s old house and keeping our cat, Smudge. I’ll be tutoring, mentoring, and helping with afterschool programs. I’ll be cold, maybe, (who am I kidding? definitely cold!) in winter but the opportunity of this thrills me so much and I’ve never said YES to something with such an inner assurance that it’s right, perfect. My brother-in-law says it jives with my “do-gooder-ness.” More than that, Christina mentioned, this is actually my community, here in Maine. I’ve spent every summer (except ’09 and ’10) of my life here– here’s where I learned to ride and became family to so many people. It’s where I go to the town library and run into someone I know, like the mom of a girl I grew up with, and it’s where I helped the neighbors with their gardens and buried family pets, skated on the pond in winter, and broke my arm in the chicken coop. It’s where I’ve built a lot of life and never truly given back. Christina says to me the other day, you’ve had the privilege and now it’s your chance to come back and that’s kind of beautiful.

Or as I like to say, it makes me want to write something down.

Tomorrow, Christina and I leave on a week roadtrip to Canada with a tent and some couchsurfing cred and then it’s back to NYC for a hot second before I pack to move to Maine. Here we go. For now, Prince Edward Island, here we come! 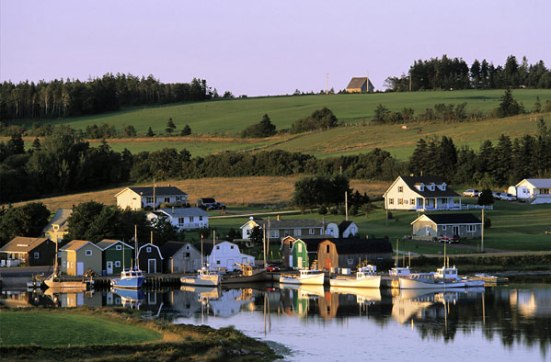